Quarm: A tale of the Fungus Apocalypse


To view it, click here. As usual, my taste leans toward the sci-fi rather than fantasy Sofia Samatar: Meet Me in Iram For me, admirable rather than enjoyable.


A wife and mother watches her husband and children cope with her death from cancer, unwilling to acknowledge that she has died. Catherynne M. Valente: Planet Lion I liked how this unfolded, as the green lions of a distant planet become increasingly infected by and disrupted artifacts of human expansion and war. I'd rank this as minor Kij Johnson. The cute conceit of listing fanciful animals that inhabit modern apartments and interact with their human occupants didn't add up to much for me.

Huang: By Degrees and Dilatory Time I enjoyed this fantasy story of a woman who is displaced from her home, husband and dogs by an invading mushroom doppelganger. I felt sorriest for the dogs! Palmer uses the form of a corporate handbook to describe a creature that has been engineered to disrupt the brains of corporate drones, increasing their productivity by stealing their daydreams and perhaps their identities? Effectively horrific! Rachel Swirsky: Tea Time Disturbingly plausible Salman Rushdie: The Duniazat Initially it seems that the female protagonist may be trapped in a decadent, debauched hell of endless dinner parties.

But then it becomes clear that she is a software avatar, trapped in a neglected dating program. She is supposed to be seeking "true love," but what is she supposed to do if she finds it? With another avatar, she tries to reach the far shore of their digital land, where a glitch may enable them to live outside the program's mandatory nightly reset. Clearly inspired by Dillinger and other swaggering gangsters. I feel like every fantasy anthology has a story about a village where people can have their wishes granted for a steep, hidden, tricky price. When a new form of toxoplasmosis has sent your partner into a downward spiral of dementia, what do you do?

You introduce her to a new cat-centric strategy game like a feline Settlers of Cataan?

When instead she's pulled more and more into the video game, silently foiling palace coups and negotiating complex trade agreements, what do you do? You take her to a strange convention to game with others like herself. Who created the game, how does it work, what is it learning from its players, and to what end? Sam J. Seth Dickinson: Three Bodies at Mitanni An interesting conundrum. Three people have been sent from Earth to investigate the colonies formed from past seedships and to determine if what they have become is a threat to humanity.

They find a world where the colonists walled off their consciousness in order to make themselves perfectly dedicated to the group and to productivity. Should they be destroyed before they overrun the galaxy? From the perspective of a parrot, humans' quest for extraterrestrial life seems a bit puzzling, a bit hurtful -- why not talk to the other intelligent life right here on Earth?

Jan 06, Joshua rated it it was amazing. I should note that these stories tend to be more along 'literary' lines, meaning that they fantasy tends to be more of the folklore or magic realism variety, eschewing anything Tolkeinesque, to say nothing of something along the lines of Conan or Lovecraft. Science fiction, too, tends to be more quiet and cerebral rather than space opera or super-techie.

As long as you can live with that, you'll find at least 9 or 10 stories that will knock your socks off. While some of the a stories are delightful, many of them seem needlessly dense and proud of themselves--"Ambiguity Machines" being a typical example. It's an interesting story, but seems far more academic for its own good.

Some of them are very experimental in narration, too, which takes a read or two to get into, and this will either strike you as fascinating or tedious--"Planet Lion" being an example of this. Of the stories that really bowled me over, Seth Dickinson's "Three Bodies at Mitanni" is the highlight, a story about three humans or what were once humans! They alone have the power to snuff them out of existence.

But they have to have unanimous consent, which causes problems when they meet a civilization which poses a potential threat to all humanity--or so one of them thinks. Extinction is the theme of Ted Chiang's short piece, "The Great Silence," which poses the question, 'why haven't we discovered intelligent life among the stars'? It offers among other answers , the beautifully chilling statement, "Some humans theorize that intelligent species go extinct before they can expand into outer space.


If they're correct, then the hush of the night sky is the silence of a graveyard" Another brilliant story is Charlie Jane Anders' "Rat Catcher's Yellows," about people who catch a strange paralytic disease named in the title who lose all ability to communicate save in a strange game called "Divine Right of Cats," which is a kind of Game of Thrones with cat kingdoms. Only people with the disease become the top players here, and the story concerns the partner of a Rat Catcher's Yellow victim who becomes the top player, and her struggle to reconcile the empty shell of a person she loves with her newfound fame.

And S. Huang's "By Degrees and Dilatory Time" is a brilliant sketch about a man's gradual acceptance of his robotic eyes to replace his cancer-ridden optic nerves and how he learns to see the world as an "other", but not see himself as a disease. Some stories seem a bit out of place for all their brilliance: Rushdie's story, "The Duniazat" is fun and clever, but is folklore more than fantasy--and Rushdie hardly needs more exposure! One story that seems out of place is so good you hardly care: Adam Johnson's "Interesting Facts.

It concerns a something mother, having survived cancer, worrying over his family and her spouse, whom she fears is straying thanks to the attentions of other women. Yet as the story progresses, you realize that she's already dead, and it's a story about her own letting go, and how she learns to see her own family from the vantage of death and it's far more profound than this trite summary makes it out to be! It probably shouldn't be in this book, and room made for a more suitable story, but hell, I loved it so much that I'm not complaining.

This is an ideal book to skim through, reading a story here, a story there, and you'll easily come away with a few new authors, as well as a newfound respect for the possibilities of both genres. I do wish they would dip a bit deeper into the pool of genre, and allow some more mainstream sci-fi and fantasy works to enter the mix, rather than the more literary ones. But that said, I'm never disappointed with these anthologies, and look forward to teaching them in my classes next year. Nov 12, Alan rated it really liked it Recommends it for: Curtain-lifters.

At the time I called it "Hard-edged SF sent straight from a little girl's heart—and Link's dedication at the end is entirely appropriate. It came from Harper's Magazine , in fact, which is not an especially science-fictional venue.

Nevertheless, it fits. Valente —A military expedition's plans fail to survive first contact with aliens who are more than they appear. More overtly science-fictional than other Valente I've run across, "Planet Lion" could have perhaps come from the pen of Ursula K. This is the kind of thing we used to like to come up with for the Usenet newsgroup talk.

Huang —Another story with cancer as a theme, or at least as a pretext. Huang's protagonist gets new eyes and has to adjust to being, if not less than, certainly other than purely organic.

Palmer does not often work at shorter lengths, by his own admission, so this perky yet creepy corporate brochure is a rarity to be appreciated. Contains one of the better answers to the classic riddle "Why is a raven like a writing-desk? Although this grim and bloody story of a lost regiment is relentlessly dark, it's also one of the strongest and most compellingly written entries here.

The Mercies and their inversions all make sense and hang together—for if they did not, they would all surely hang separately A tale of post-peak oil and automotive outlawry that brought to my mind Jack Cady 's brilliant novella "The Night We Buried Road Dog," from the collection with the same name. This one resonates even more strongly with me these days, as my wife and I deal with a dear friend's memory loss Miller —I am not entirely certain that the history of the Stonewall Riots benefits from fantastical embellishment, but nevertheless I think it's important to give Miller the benefit of the doubt.

You may make of that what you will. Don't skip the Contributors' Notes at the end of the volume, either; most of the authors also contributed interesting personal statements, either about their stories or just in general, that are well worth a look. All in all, I really like where this relatively new annual anthology series this is only the second year!

The evolving response to antibiotic resistance (1945–2018)

Overall, the collection gave me a mix of feelings comparable to the selection, with one standout great and, perhaps more educational, one story that I despised. The description is funnier than the story—corps doing evil things, will wonders never cease. Gratuitous sex ruined a couple stories for me, as it often does. Were my interest easier to kindle, many stories would have moved me more.

And Kij Johnson, who is one of my favorite authors of all time, wrote a catalog of wildly imaginative pets that never quite came together, like a great number of threads of rich hue laid out in parallel, rather than woven. On to the good and the awful. It was done with such breadth of perspective that even on a close and critical second read, I had to admit he did right by those involved in the historical riot and also a fiery political piece. 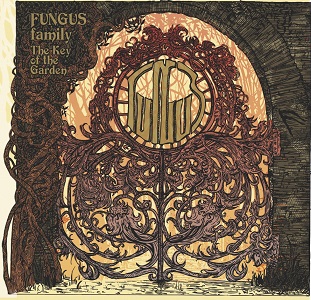 Three digitized people in a lightship travel the universe analyzing human colonies to see if any society is so inimical to human consciousness that they should use their relativistic weapons to obliterate it. They must then decide about a society that biologically disconnected cognition from consciousness, making them utterly logical and nearly inhuman, to enable them to survive an unlivable situation. It follows a young Japanese man who changes his eyes for cybernetic ones because he has eye cancer.

The ending followed from the rest of the story, but the way the tail follows the kite, rather than with resolution, like a symphony. Usually a loose flapping ending is a dealbreaker for me, but I kept thinking about it and thinking about it. And she also writes commercial exciting SF! Have to give that a look. The POV character is spirited away and trapped underground while a barely human mushroom woman takes her place and her husband is totally fine with that.